In the 1970s, the parents of Jan Kempe had a dairy farm with about 20 cows in the outdoor area west of Enter. When Jan in the early 80 's, decided to continue with the dairy farm, a new stable was built (1983) with room for 70 cows. The Dairy Produce Quota Regulations of 1984 however blocked this. It was not possible to take full advantage of the stable. The number of dairy cows was limited to 40. Some years later, they managed to expand the number of cows to 70, by purchasing additional land and by milk quota expansion. The young stock was raised at a fellow farmer. 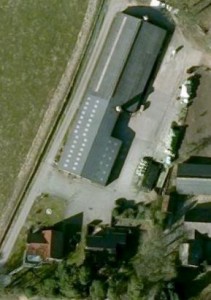 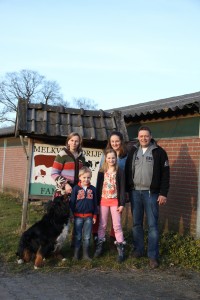 The dairy farm was in the middle of a land development area along with a number of other dairy farms. To give space to nature development and to reduce the agricultural pressure on the ground, the Kempe family decided some years ago to move their farm to its current location. At the end of 2013 the dairy farm was moved to the Gooseweg. They started a new farm with modern buildings and equipment with space for 160 cows to be milked